This week we take a look at some of our recent work with one of our partners in Australia. We’ve worked across a range of broadcast and communications projects to address some of the key challenges faced by the organization, helping to tackle their immediate needs and work to prepare for the future. 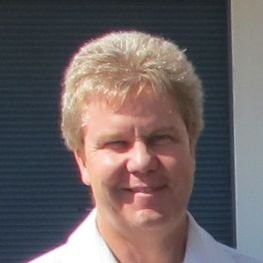 The customer is a provider of shared communications infrastructure for telecommunications and broadcast operators. It recently worked with RFS on two projects. Firstly, to replace an aging antenna at a South Australian site. Changes to the broadcast frequency plan in Australia meant that some antennas at the site were no longer being used, leaving space higher up the tower that could be utilized. The aim was to increase the aperture of the antenna, as part of the replacement program, using the extra available space, to improve the overall coverage of the antenna system.

The second deployment aimed to address problems associated with the coverage of an existing antenna at a site near Wollongong in New South Wales. Following a long consultation, it was concluded that the project needed a specific antenna design that suited the tower, the local terrain, and the requirement for improved coverage.

The big challenge across both sites was to engineer an antenna system that met the geographical requirements. The main population center is some distance to the south of Mt Burr while the Coonawarra wine region (a popular tourist area) is close by, and the coastline is to the west. The aim was to work with our customer to engineer an antenna pattern that maximized coverage in the required areas, without wasting resources where coverage wasn’t needed. Similarly, the second project needed to address coverage issues to the east and also increase the coverage range to the north-east of the site. These two requirements needed to strike a balance, aiming to achieve a compromise that best suited the project needs.

By studying population counts for various antenna scenarios RFS worked with the customer to devise a practical and economic antenna solution to meet the desired patterns and coverage.

RFS collaborated with the client to design solutions that suited the unique needs of each site. Both sites employed panel array antennas to give the flexibility needed from a design point of view, however the position of the panels has a large impact on the performance of the antenna meaning the size and orientation of the tower needed to be taken into account during the design process. As a broadband infrastructure provider, the customer required these antennas to transmit the combined signal of, typically, six FM radio services, each one with a transmitter power of 5, 10 or 20 kW. The antennas are dual antennas systems, with two halves that normally operate together, but each half of the antenna can operate separately at full power, if required in an emergency.

The site near Wollongong also needed the option to increase the transmitter power if they were operating on half stack, in order to compensate for the lower gain of the half stack operation which was achieved as part of the system design.

The systems also needed be made, bearing in mind that high electric and magnetic fields inside the tower can cause arcing between some antenna components and the tower over a long lifetime, which can then lead to serious problems. These antennas have special design features to eliminate such problems, and RFS and the customer worked together to make sure that the installation is done in a way that ensures that the antennas will operate reliably under all foreseeable conditions.

Both projects have seen successful installations and are addressing a number of the challenges that were identified with these deployments. Additionally, RFS worked in partnership with the customer to build solutions that would continue to serve the sites for decades to come. This meant ensuring they would continue to operate at high powers (high internal temperatures), in all sorts of adverse weather conditions, including high ambient temperatures, high winds (which can cause vibration and fatigue), sometimes with ice forming on the antennas in winter. It is a system that takes into account the consequences of broadcast services going “off-air” due to equipment failure and works to mitigate the risk of this happening, leaving a robust and reliable system that meets the needs of them and their customers.