A guide to investing in ATSC3.0 hardware

With NAB just around the corner it is already clear that one of the big topics for broadcasters at the show this year will be ATSC3.0. Next Generation TV has been discussed for several years but we’re now starting to move from discussions to reality and this presents a challenge for broadcasters. The new standard of course requires new equipment and only a couple of years after the repack and its associated costs, it is vital to ensure that any investment in new hardware drives returns. Todd Loney, Sales Manager, USA Broadcast at RFS gives his five dos and don’ts of getting ATSC3.0 ready. 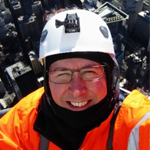 The broadcast industry has seen a number of huge changes over the past couple of years. There are several standards being tested across the globe and although it looks certain ATSC3.0 will be the one to stick in the North American market, things could change as technology evolves. One way to protect for any eventuality is to select infrastructure that can adapt to changes not just on the horizon, but beyond it.

One of the big advantages that the One World Trade Center deployment, which we’ll look at in more detail later, saw was that in 2017, the antenna they selected – a VPT antenna was ATSC3.0 ready. Of course, it hasn’t been used for ATSC3.0 since 2017, but as soon as the stakeholders were ready, they were able to switch the polarization settings on the antenna to support ATSC3.0 with minimal cost and lead time.

Innovation when it comes to equipment is going to be crucial. Broadcasters need new ways of tackling the challenges they face and equipment that looks to offer new approaches may well be the best course of action. The best advice we could give is shop around. Look at different approaches with different vendors and see which is going to give you the system that best serves the needs of you and your stakeholders.

As we have seen with the dos, flexibility is going to be critical to navigating the broadcast landscape of the future. Choosing a single purpose solution that is not able to adapt may be cost effective in the short term, but it is a false economy looking at the bigger picture going forward. Adaptability it key for a solution that will serve broadcasters for the longest possible time.

Hold off moving towards ATSC3.0

It’s become clear that in the US ATSC3.0 is going to be the standard of choice. Broadcasters face a conundrum, wait until this has more momentum and then adopt, or invest early. The benefit of investing in ATSC3.0 now is that much of the equipment can be used to enhance existing broadcasting and then switch to support ATSC3.0 at the earliest opportunity. It maximizes the window of time for driving return on investment to adopt early and will certainly benefit broadcasters in the long term.

We recently announced a ATSC3.0 project at the One World Trade Center (One WTC) site. This was driven by several broadcast stakeholders – The Durst Organization, responsible for the site, WNBC and The WNET Group – all looking to lead the way on broadcast innovation and ensure the One WTC serves the population of the Metropolitan New York area.

Building on a 2017 antenna deployment which had ATSC3.0 capabilities baked in, RFS worked with One WTC to build a system to support the transition to Next Generation TV broadcasting, and offer the flexibility to adapt without needing to replace infrastructure as broadcasting priorities change.

Marc Musgrove, Director of Broadcast Communications for The Durst Organization, at the One WTC site added “We see One WTC as the premier facility in New York City and to maintain that status, we have to keep pace with the latest industry developments. From deployment support to the system design itself, RFS is a key partner in ensuring we deliver this with a solution that adapts with broadcast evolution.”

If you’d be interested in hearing more about building ATSC3.0 ready broadcast systems, get in touch with Todd Loney, Sales Manager, USA Broadcast or meet with us at NAB booth 7803.