Trialing the future of broadcast

For this week’s blog we catch up with Nick Wymant from the broadcast team who talks us through some of the most exciting broadcast projects RFS is currently involved with. As the industry looks to define what the future will look like from a technology perspective, Nick explains how RFS equipment is playing a vital role. 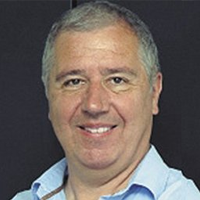 Firstly, can you tell us about some of the RFS broadcast projects?

At RFS it’s always been a pleasure to be involved with an array of exciting projects, from the One World Trade Centre deployment, to supporting state driven education projects in Arkansas. However, one of the most exciting and challenging projects we are currently working on is the SBTVD forum trials taking place in Brazil. The project is looking to test and compare future standards combined with both MIMO and channel bonding technologies for over the air broadcast transmission. The aim of the trial is to provide real world results that will enable informed discussion and decisions and the results could have a huge impact on what that future of broadcast looks like.

Can you tell us a little more about the SBTVD project; how is RFS involved?

The trials are comparing different types of orthogonal polarization MIMO transmission across four different broadcast standards. They are the Chinese standard - DTMBA, the Japanese standard - ISDBT advanced, the US standard - ATSC 3.0, and 5G broadcast. The trial organizers were looking for equipment that would allow the candidate solutions to be tested in the most controlled conditions possible. This meant limiting the number of variables to ensure that the experimental results were not impacted by additional factors, for example equipment that would need to be mounted at different heights for each experiment. The RFS solution therefore needed to be flexible enough to allow all the different MIMO configurations to all be transmitted from a single antenna at a fixed height on the tower.

This is exactly what we were able to deliver. The system we offered can transmit three different combinations of orthogonal polarizations, be that horizontal and vertical polarizations, +/- 45-degree slant polarizations, or dual left-handed/right-handed circular polarizations. The changes can be made by a simple adjustment at the transmitter which allows for the most accurate and controlled testing possible because the transmission emanates from exactly the same location on the tower for each test. In addition to the multiple MIMO configurations, the system included filtering equipment to allow channel bonding of two broadcast channels.  Moreover, this filtering system had to ensure that the two test channels used in this experimental SFN did not interfere with existing adjacent channel broadcast transmissions emanating from the main transmission site. Custom mask filter responses were developed that addressed the adjacent channel interference concerns.

What will the results of the trials mean for the future of over the air broadcasting?

The technology is not only helping to inform the future of broadcasting by allowing precise, direct comparison within the trials, but also demonstrates what the equipment may need to deliver when we reach the stage of real-world deployments.

The RFS solution has several key benefits for broadcasters when transitioning to a new standard. The ability to deliver multiple independent polarizations, including independent dual polarizations for MIMO, from the same antenna is a real plus as it enables broadcasters to transmit additional content due to the increased payload capacity. The solution also allows multiple standards to be transmitted from a single antenna system using the optimum parameters for each standard, for example, ISDBT or DVB-T using the traditional horizontal polarization, while at the same time transmitting 5G or ATSC3 using dual left/right polarizations to support MIMO. Systems such as this can allow for a seamless transition with minimal disruption.

Additionally, the fact that the antenna packs in more functionality than existing equipment brings additional advantages. The condensed system lightens the wind load on towers addressing the continual problem of tower overcrowding.

Are there any additional benefits that this equipment offers?

Beyond the benefits for broadcasters, this type of antenna can deliver additional functionality that is felt by the end user. Use of dual polarizations can increase the capacity for program content. This is perfect to support next generation broadcasting use cases, for example delivering 4K or 8K content. The addition of channel bonding, that will also be tested during the trials, further increases capacity to a factor approaching four times the baseline capacity.

Alternatively, some of the increased capacity could be traded off to increase the robustness of the transmission. One scenario that will be tested is the reception of high-definition content using indoor antennas which would enable the use of plug and play TVs without the need for large exterior antennas. Another scenario that can make use of the increased robustness is to increase the frequency re-use factor to the extent that different programs could be transmitted from different cells, allowing for example advertising that is targeted by geography. Overall, the system will allow broadcasters to deliver advanced content in the most spectrum efficient way, to make the most of the assets they have, while providing customers with a premium service.

What are your takeaways from the trials so far?

For now, it is very encouraging to see that the equipment is facilitating the smooth running of the trials and we’re looking forward to seeing the resulting report at the beginning of next year.  Equally, it is also great to see that the RFS equipment is providing a blueprint for the infrastructure of the future that would allow broadcasters to maximize their offering without the need for additional spectrum resources.

If you would like to hear more about our participation in the SBTVD forum broadcast trials, get in touch with Nick Wymant, Global Product Manager Broadcast.